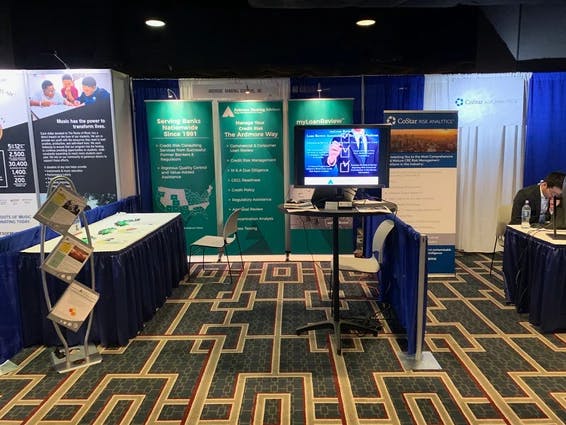 Ardmore Banking Advisors was pleased to once again serve as a gold sponsor for the Risk Management Association’s Annual Conference, held from October 27-29 in New Orleans, LA. Ardmore has sponsored the event for nearly 20 years, at which more than 400 bankers from institutions across the country met to discuss industry trends, a potential upcoming recession, CECL and more.

Ardmore was able to contribute some great content to the event, as Peter Cherpack, Ardmore’s Executive VP and Senior Director of Credit Technology was featured in two breakout sessions. In the first, First CECL Lessons Learned for Community Banks, Peter discussed some of the interesting results and trends that have surfaced as some of Ardmore’s CECL client banks have begun their parallel runs in preparation for the transition.